Know Before You Go...Rider Swap 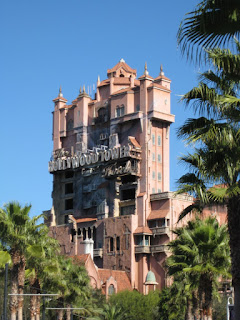 If you have already read my previous post about Height Requirements you may know that some attractions may not work for the whole family. If you are already pulling the coin out of your pocket to figure out who gets to ride Space Mountain and who is stuck on the side lines then you need to read up on Disney's Rider Swap. Essentially, the Rider Swap option allows a family to ride in shifts while only waiting in line once. This allows Mom to sit out the first ride with the too-small-tot while Dad and any one else in the party rides the ride. As soon as they are finished Dad can sit out while Mom and up 2 other members in the party ride with virtually no wait! Pretty neat, huh? And how cool is it that Disney doesn't make Mom ride all by herself?!? As an added bonus, the older children or others in the party get to ride twice (once with Dad and once with Mom) while only waiting in line one time!

So...How does it work?
It is all quite easy. Approach the attraction together, including the too-small-tot. Usually there will be a cast member working as a greeter at the entrance. Tell the cast member that you would like to take advantage of the Rider Swap option. They will instruct you as to what to do next. Usually, the swap option works one of two ways:
The Rider Swap is a great option for families with small children, but it does have a few potential pitfalls! First of all, prepare your child that he may be waiting in line, but not actually riding the attraction. Second, let him know that the group will be splitting up temporarily, but will be together again soon. Finally, be aware that sibling rivalry may be an issue. Little Johnny may be furious that Susie gets to ride twice while he is stuck on the sidelines. If you think it may be an issue have a plan in place...an special snack or even another attraction may fit the bill!

Email ThisBlogThis!Share to TwitterShare to FacebookShare to Pinterest
Labels: Know Before You Go